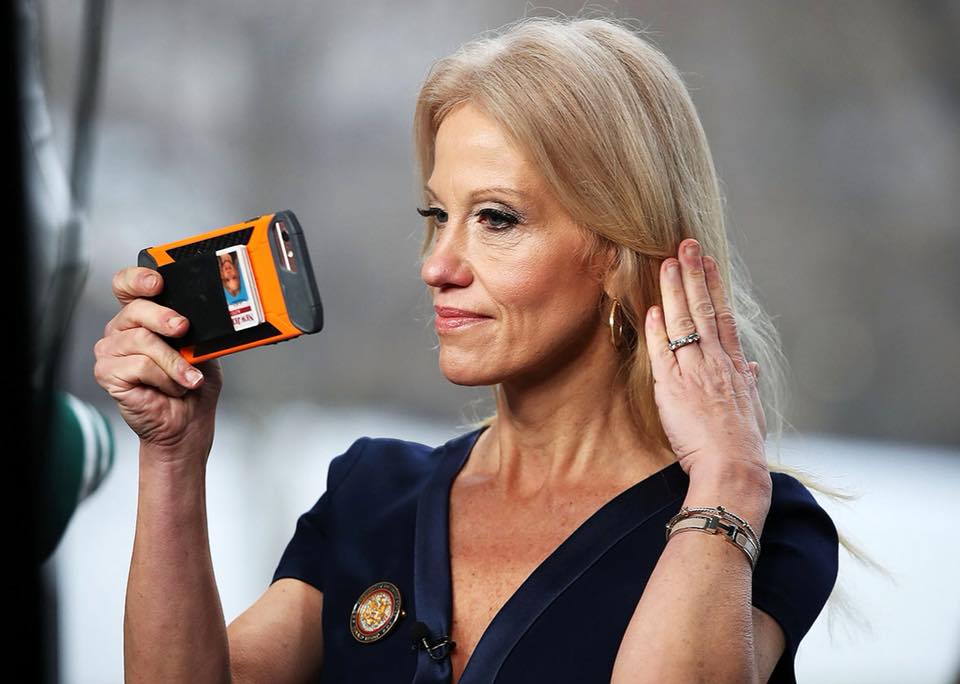 This is the person the Trump administration and Sessions DOJ has decided should head the White House efforts to stem the opioid crisis.

That’s 180 people a day. If this was ISIS we would be at war, real war, not pretend lip service war.

Why bother at all? You’ve got the pulpit. You’ve shown time and again you flatly don’t care what the American people want, what we need.

You should at least be honest. Not send some twisted message.

When you made the decision to send in Kelly Ann Conway to lead the fight against Heroin and Fentanyl – and now even Carfentanil – elephant tranquilizer, for Christ’s sake, – you need to stand up and state, clearly and incontrovertibly your position.

A month ago you gave empty lip service to the opioid crisis. You gave it words, briefly, but not one dime.

Three weeks later you gave us Kelly Ann. The veteran of the Bowling Green wars, and Alternate facts.

You moral compass is so broken, Trump, I don’t think you can ever even find the ground.

Of all the insults to the character and fiber of who we are as a nation, this, to me, is the most egregious.

This is a crime against the American people and a death sentence.

Say it. You run your mouth endlessly and mindlessly. Say it. Stand up on your pulpit and wave your hands wildly and say – you do not give a fuck, let the addicts die.