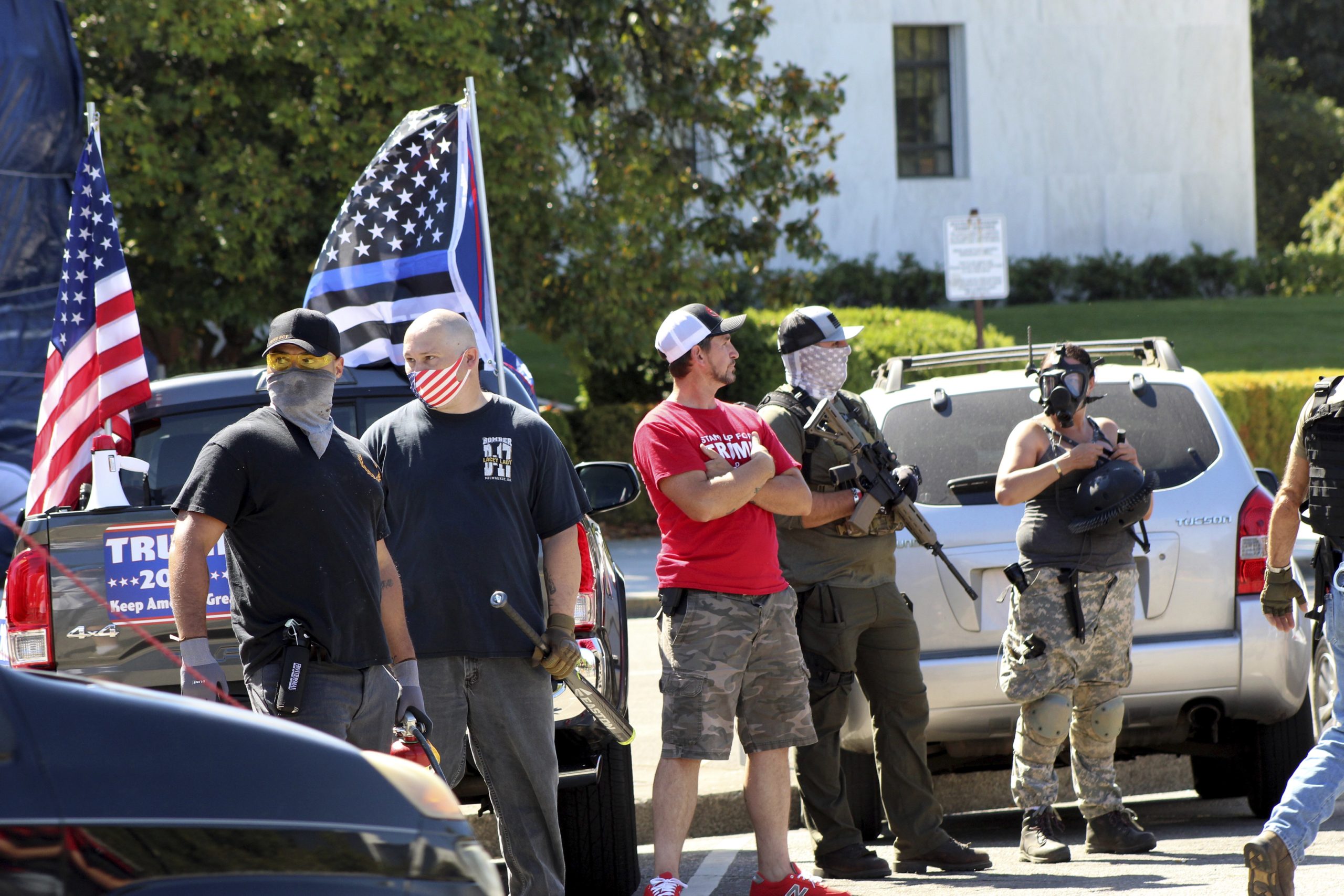 Business across the country are boarded up, people have actually asked me if I think it’s safe to “be out” this week.

A quarter million of us are dead from an invisible killer, we wear masks and we are afraid to shake hands.

Marauding bands of self described Patriots, many heavily armed, are blocking traffic on roads all over the nation and intimidating voters.

The same elements that allowed the Christian Crusades, the Spanish Inquisition, Cromwell’s brutality toward Ireland, slavery, apartheid, the rise of the Nazi party in 1930s Germany, the Taliban; all are still present in us.

When I see busses forced off the hi-way, and bridges blocked by pickups waving flags, their owners heavily armed, I realize not much has changed in the human psyche in 10,000 years.

We’ve not evolved, we’ve not learned a goddamn thing.

I’m fucking sick, to the point of wanting to puke, of all this winning…