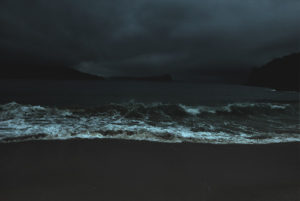 My friend with cancer, tonight, I realized she knows it and believes it. There is a profound difference between the two. It’s a coming to terms with everyone’s greatest fear. I saw the reality in her eyes. I saw a fear filled peace.

I run from it, refuse to accept it or believe because I’m so fucking scared of it.

I should accept it. I’ve done enough stupid shit, been so close too many times.I walked into a gun fight one time. To this day that may rank as my single stupidest act, and it has been one Hell of an act, filled with many stupid events, trust me.

I’ve been in fist fights with guys who had knives and chains, KKK, actually. Every bone in my body, or damn near every bone, has been broken.

Last count I’ve had over a dozen concussions. – yeah I know, it shows, fucking hilarious – but I still don’t believe I’m going to die.

I was told one time I was “fearless,” what complete bullshit. I’m probably the most fearful person I know, but I don’t give a shit because I don’t believe it. I still think I’m the one out of how many billions of souls that have ever lived, a small part of me believes I’m going to be the one to figure a way out to beat this whole death thing.

I have this internal mechanism I can’t explain that makes me always believe I’m going to be ok. I’m going to stand up and walk away.

I’m envious, deeply envious, of those who are so convinced in their beliefs that they can say to me with a straight face, “she’s going to a better place.”
How the fuck do they know that? How the fuck does anyone know that? What’s so wrong with this place?

I have no idea where I’m going.

Another has talked to me of journeys of the soul. That the young and strong and loved and vital die, because their work here in this life, this place and time is done. They will move on peacefully to the next life. If this is true I will be here forever.

I think I’m too scared of the reality. The inevitable truth. I think I’ll figure out a way to hide, a scam a cheat. It’s not like I haven’t been practicing my entire life.

I’ve always believed I’ll end up a ghost. I figure someone has to be and I think I’ll be a pretty damn good ghost. I’d rather float around and scare people than believe all that other hype. At least you get to keep moving If you are a ghost. You don’t have to stop and listen to the silence. You don’t have to stop and face any truth. Angels and trumpets and gates and seventy virgins. Seventy fucking virgins, that sounds like a party… shoot me.

My plan is to haunt an old junk yard, maybe in Jersey. I think that fits.

Tonight she spoke to me of dreams limousines and hearses and funeral processions. I could see in her eyes she could see the events unfold. She told me it could be soon, if could be awhile.

I wanted to say something to tell her she is wrong. I realized she is wiser than me and stronger and more willing to accept what we all know but refuse to believe.

It was like watching a scarred warrior lay down her sword, not in defeat, but in peace.

There is a sadness when a good soul and a dark soul become friends. There is a knowledge unspoken that when this life passes you will never see each other again, never be reunited, unlike the beliefs of the saved.

Im sure there is a place the good soul goes and a place where the bad and broken souls go.

My best hope is that junkyard in Jersey.