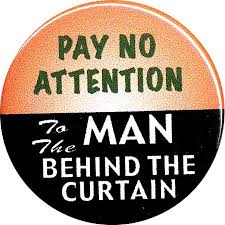 It is not about Hillary or Trump, and for what it’s worth it’s not about Bush II or Clinton or Bush I or Reagan or Carter or Ford. The accumulated clusterfucks of these past administrations have now come here to haunt us. The recent election is long over so please stop talking about Obama to me. Stop talking about Hillary to me. They are no longer relevant to the current conversation.

The situation today is desperate. It is not about Russian spies and American cowards. These are all simply symptoms of the disease that is killing us, all of us, quickly.

It’s tragic what I’ve seen in my lifetime. I’ve watched a complete fall from grace.

When I was born, men like FDR and Churchill were still fresh in people’s memory. I guess I mention Churchill because of the ongoing tragedy in the U.K. Watching that mess unfold out of control.

We had leaders here like Eisenhower and JFK. My father hated JFK, I never understood why, I was always quite impressed by the guy who stood toe to toe with Nikita Khrushhev and kept the nukes out of Orange County, NY, in 1962.

Even in his immense dislike my father knew in Kennedy there was something of a man behind the facade. Yes, he was a very rich young man, and I don’t believe for a second that he didn’t serve some of his own money masters, and he did fuck poor Joe DiMaggio’s lifelong love, Marilyn, but under the hood I think Kennedy, like Ike, like Churchill or FDR or Truman or LBJ cared, at least somewhat, about the office and the people it served.

I have witnessed the slide, almost like a theme song sadly playing as my life has run through its peaks and valleys and unceremoniously left me here.

I thought the Nixon era was the end. That was nothing. We still had values as a nation. Yes, we were a capitalist, racist nation, drunk on believing our own bullshit and with some pretty broken and twisted morals and a truly amazing ability to look the other way, but I believe men like my father and his brothers put nation above party. They put what was right above what was easy and profitable. I’m sure right and profitable co-existed, but the playing field was still level and somewhat fair.

Now I watch all this presenting itself to us as a complete collapse. I see fear and lies. I see people so scared that they are willing to grasp onto anything, as long as it has semblance of hope, even if it completely false hope.

I can see it’s a lie from three hundred miles away, which happens to be the  distance between Orange County and Washington, D.C.

We need something to hold onto, so we put our faith is these charlatans and fight with each other while they laugh and do their stupid little dance and wave flags and talk of lost greatness.

America was pretty great at one time. It still was rife with a lot of not so great. Not so great at all. The fat white kid, from the east coast, had a totally different view on this greatness than the little black kid in Mississippi in 1964. Greatness then and now is a product of perspective and situation and place in life. From where I sit in 2017 I see little greatness anymore.

The lie and the belief in the lie is what breaks my heart. You can’t fix health care when you have principals from the health care industry writing the bill. You can’t fix gun violence when the NRA is involved and buying up politicians like they are on a half-price sale, and also writing the laws. The same holds true for police violence, the opiate epidemic, war and terrorism. You can’t give billion dollar weapons deal to enemies of the state and talk about peace in the Middle East. I mean you can, but we will see you are full of shit. We all know they are full of shit, by the way, but we grasp. We grasp like drowning people reaching for the last lifeboat, but deep inside we know. We knew Hillary or Trump were not going to save us, but with no other option we grasped. I feel some days as I watch this mess unfold we may be grasping with our last breath.

I remember during the Ford administration, maybe Carter, a congressman wanted to build schools in the Middle East and Pakistan, Afghanistan. Educate and build people up rather than bomb them. All of these people who hate us and want to kill us could have been allies educated by our system. But we chose bombs and war and the inevitable profits from war. Now innocents are dying and the people doing the killing don’t even know who they hate or why they hate. They just hate. You can’t bomb away hate.

Somedays I feel like it’s over. That the money and greed that took over this government back in the early 1900’s when the Federal Reserve was put in place has now become the metastized cancer that has finally killed it. Killed us as a nation.

The only thing I know, the only hope we have, and it is a thin hope, is that we wake up and stop defending either side, because either side only cares about what we can do for them, what have we done lately.

MY commie friend, Franko used to say this country needs a general strike – a strike across the boards. No taxes paid, no mortgages, no car payments, no credit card payments. No nothing. Everyone on strike. Take away their money and like chopping off the head of a snake, they will die. I used to think Franko was crazy, today I am not so sure.

You can blame the ’06-07 financial meltdown clearly on Bush II, the hapless, “Dubya,” but why under Obama did not one of those bastards ever see a day inside a prison? I see the loving paternal fondness we seem to have for Sr. Bush, a very ill ninety something old man, still parachute jumping from planes. All I see is the former director of a CIA that has more cocaine and blood on his hands than any cartel in Columbia, but we somehow ignore that and send him birthday cards and wishes for him and his wife, Barb.

I saw Bush I’s coke, bales of it. I tasted it. I never believed a word coming from his mouth – think, please, a moment, he was the director or the  CIA – next to the KGB and the IRS one of the worlds most well organized criminal organizations, not your fucking grandpa.

Don’t lament to me about this country’s lost innocence and greatness, unless you are willing to let go of the lies and stare the ugly truth in the eye.