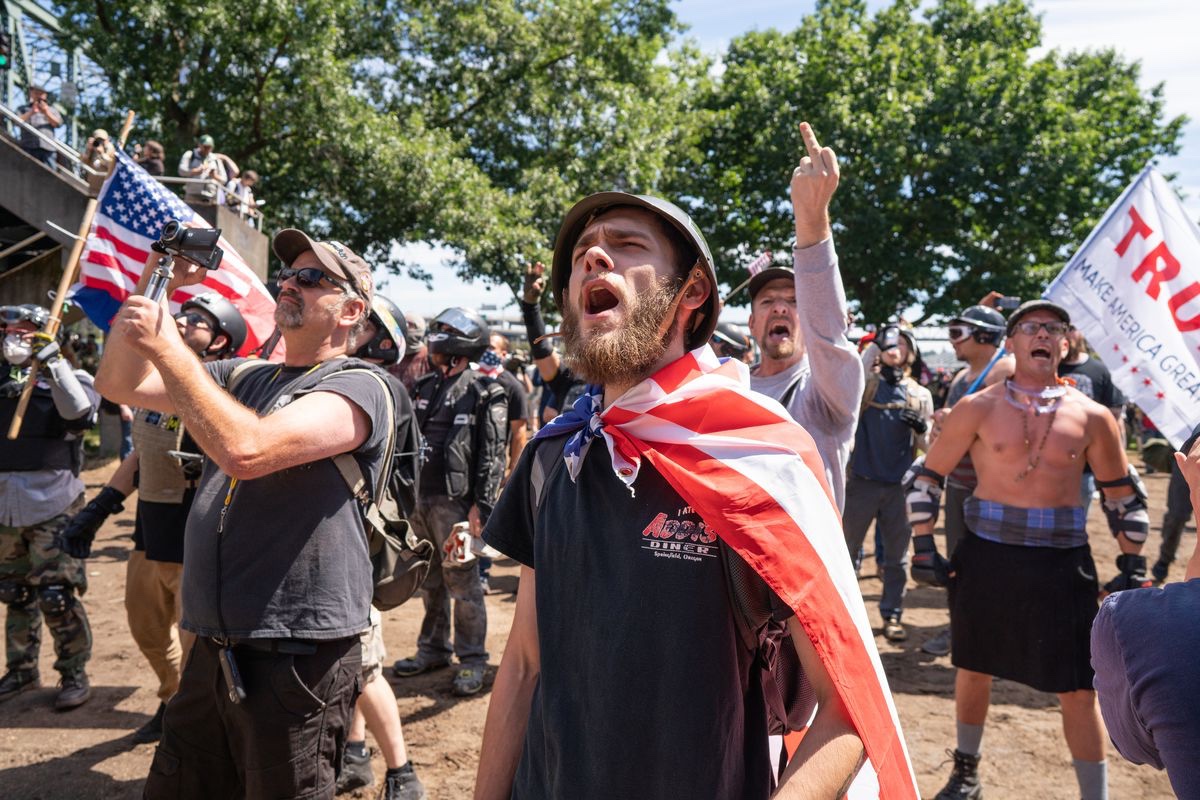 Canada, this week, decided the Proud Boys are a terrorist group, just like Al Qaeda and the Taliban.

I know this isn’t a popular opinion, but it’s mine.

Biden and Harris gives me some hope, Chuck & Co. are weak, their hand wringing and tweets about pool safety (the subject Schumer was talking about the day Trump and Putin were meeting in Helsinki) will give the corrupt, and even more cowardly GOP control of the house and senate again in 2022; Biden will again be emasculated by the likes of Mitch McConnell (a man who consistently wins re-election with a 16% approval rating in Kentucky).

You wonder how Trump happened? It was weak and cowardly opposition that allowed it. It was gerrymandering that allowed it. I’m as big a left-wing libtard as ever put on a pair of pants and I had to spit and swear when I voted for HRC—because there was NO choice.

The fact that Greene and Boebert are allowed to even be seated tells me the lower house is equally weak.

We didn’t get to this rathole we now live in by accident. It’s an attrition of courage. In 1953 the Rosenberg’s were executed for much less than the ‘Proud Boys’ pulled on January 6th 2021. I’m actually shocked Chuck spoke out at all.

“We get the government we deserve…”