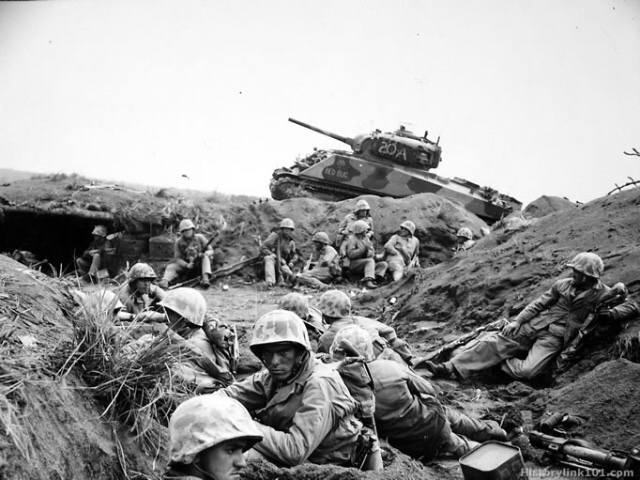 One of the toughest and bravest guys I ever met spent the Battle of the Bulge, WWII, shitting his pants, literally.

He was a 19 year old gunnery sergeant from Chester, NY. The most anti-war person I’d ever met.

I always found it remarkable; here was a guy who really was a hero, volunteered to go to stop the Nazi’s, he didn’t have to, he had a farm deferment.

Here was a guy who had every right to wave flags and talk down to an obnoxious young hippie in the ’70’s, but he never did.

He spent the time we had talking about war, which was not that often, instilling in me the need to examine the motives of our government and others, to truly understand that war was not some bullshit you saw on TV or the movies.

Frank didn’t watch war movies. He tried once to watch Saving Private Ryan, he had to leave the theater. When we talked about that movie he turned pale and shook…I’ll never forget seeing him like that.

People, American kids and German kids were there for reasons they did not understand and many were dying brutal painful deaths. I saw these deaths through his eyes and words.

Frank B. Currier. The bravest, most humble and thoughtful son-of-a-bitch I ever met.

That’s my salute to veterans.