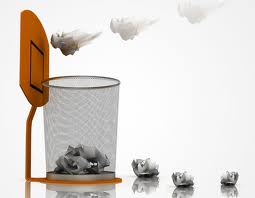 So, I’m supposed to write about the editing part of the book publication process. The part that comes after you put down your pencil and ceremoniously declare on Twitter and Facebook and in about one hundred text messages the great American novel has been finished.

This work of art that you have produced, written and lived and breathed is now complete. Flawless, perfect…

You send it out to a few close friends and within 15 minutes you get a text that says, “I found a typo on page three… Oh, and two more on page four and six more on page five…”

It’s at this moment you realize you’ve always hated this overly critical bitch. You unfriend her from Facebook, unfollow her from Twitter and block her from texting you. You find your Christmas card list; wipe her from that too.

But there is more. By the end of the day the other ninety-nine people you sent your work of perfection to have started to send you their corrections. This could be the worst day of your life.

Late in the day, exhausted from unfriending, unfollowing and text and phone blocking, Christmas card list wiping, you sit down and to your complete horror realize they may be right. They are right.

For a brief moment you feel bad for calling that first overly critical, jealous, spawn of the Devil bitch bad names, but that soon passes.

Frantic, sweating, swearing, you call your friend Wendi, who is a newspaper proofreader. She says, “I told you that you have got to hire an editor, your free version of Grammarly will not cut it.”
I protest, “it was perfect, just a couple of typos.”
Wendi says, “No, hire an editor, you cheap, egotistical fuck.”

I look around for a gun to put in my mouth. 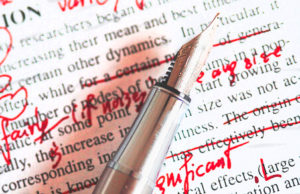 Another guy tells me about this guy we will call Dave. I call him Dave because I don’t want to use his real name, Doug. Doug, I mean Dave, offers me a great deal, $50 a chapter, he will do a chapter a week – it’s March, there are 45 chapters, for the love of Christ this goddamn nightmare is going to go on until frickin’ snow flies again. No other choices available to me and impressed with my new friend Dave, or Doug, we move forward into the slogging, knee-deep, muddy mess that was once my perfect book.

Doug or Dave, who knows or cares, has all these degrees and is super-smart, like intimidatingly smart, I think, maybe. Even if he’s dumber than dog shit he has a ton of degrees and I figure that will add credibility to what is left of my now shredded and basically decimated work of art.

We got along great the first week. Dave even wrote a book on how to write a book. It was titled, “Where To Use Semi-colons and Shit” or something very close to that.

So, armed with his book and comfy with my new found friend and mentor we bravely go off into the unknown, trying to salvage this mess. What started out as the great American novel has become something that resembles, to me, a 418 page poorly written grocery list with only a slightly less interesting plot…

But, it gets worse.

One of my central characters, Alexandrine, is poor, I mean dirt poor. That’s a central theme throughout the book. Alexandrine, totally impoverished of any worldly goods still has this abundance of faith, this wealth of soul and spirit that the main character, Frankie, cannot even comprehend. He feeds off Alex. As he digs deeper a deeper to try to find his own –missing– soul, he seeks out Alex and her abundance of positivity and strength. She feeds him both earthly sustenance and spiritual food.

Well, Doug/Dave has an issue with poor people. In the three weeks we worked together I discovered that he was quite the right winger. Total Tea Party “patriot.” I’m not, not even close. I burned my draft card in front of the police station in my home town when I was 18, but that’s another story altogether.

I thought, “Won’t this be fun?” Me, so far left any commie worth his salt would say, “That dude’s a little out there,” and Doug/Dave, a right wing Ted Cruz supporter, collaborating together. A meeting of the minds, proof positive that totally opposing sides can get along and work together in harmony. What a great life lesson.

Bullshit. The dude is a complete asshole.

The chapter where I introduce Alex comes back hacked up like one of those censured books from the 1950s, where any offensive word, like “fuck” or “poop” or “commie” was cut out with a razor.

Sitting in the meeting room, in my leather biker jacket, purchased 42 years ago –still fits– while Dave/Doug sits in his tweed shit; the war was about to unfold.

My first question, “What the fuck did you do to my chapter?”

He replies, “Why do they choose to be poor, why don’t they get a job at McDonalds?”

I reply, “This particular woman, who is a very real person and friend, has four kids. How the fuck is she supposed to support them on $7 an hour?”

He replies, “Why does she have so many kids?”

I reply, “Because people fuck, Doug/Dave, it’s quite the thing, maybe you should try it!”

And with that the meeting ended. I was out about $300, I went home and started to undo the damage caused by Doug/Dave; to my book, my dreams of being a published writer and general faith in humanity.

Next installment: The Internet is full of snake oil salesmen, and those are the good guys…