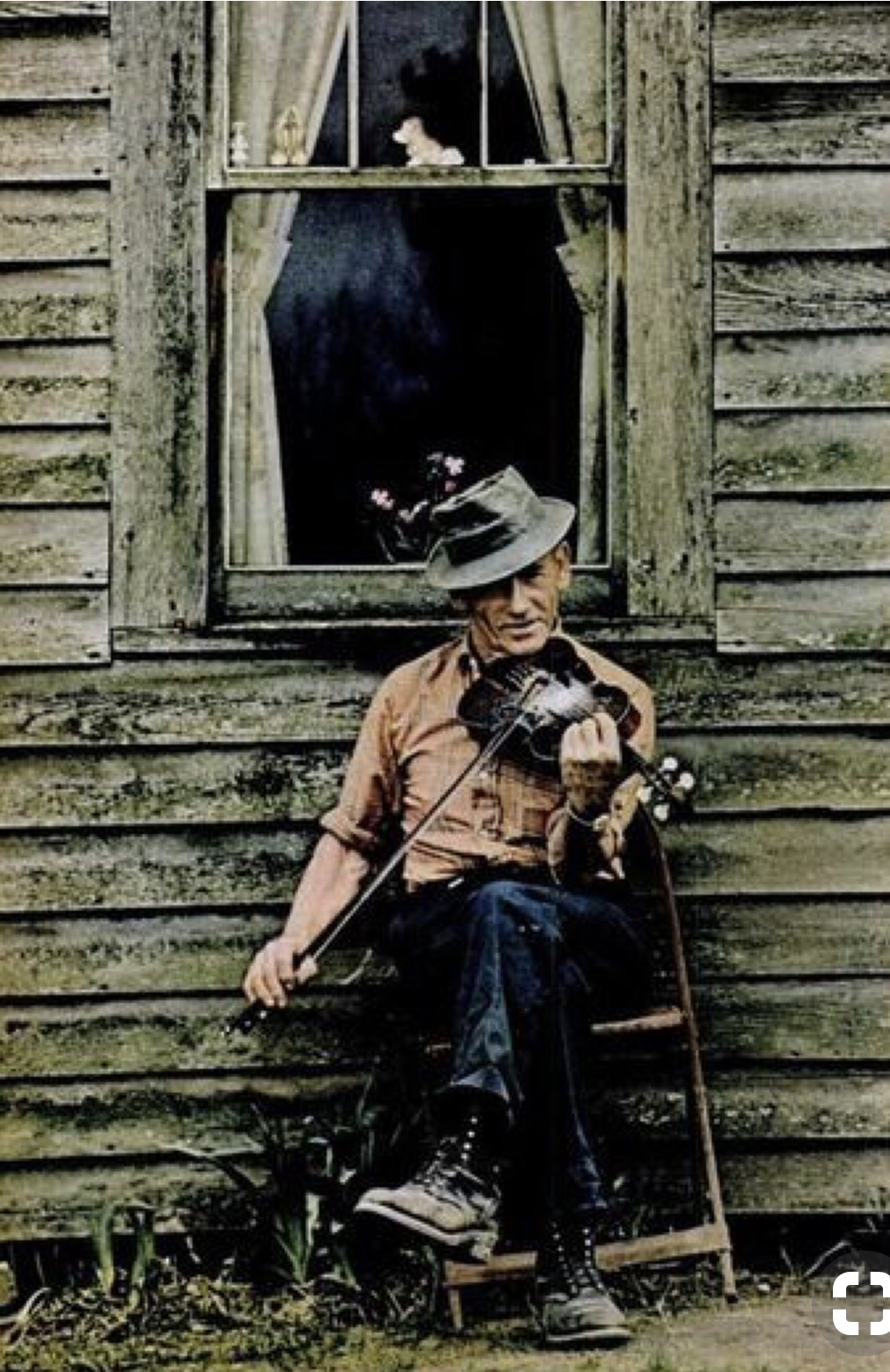 He wakes up early, squinting at sunlight raging through grimy windows and ripped white curtains, yellowed from years bathed in cigarette smoke.

The room was cold. The sticky sweat of summer faded too quickly to this frigid morning.

He reached down to the floor, found yesterday’s shirt, still buttoned halfway down, and pulled it on over his head. Reaching in the pocket he found his Lucky Strikes and his Zippo lighter.

Hacking and coughing, standing and stepping on an upturned beer bottle cap, cutting the bottom of his foot, he swears. From his words it would appear Jesus dropped it there.

Slightly limping he finds his way into the dark and cold kitchen. The old woman had made coffee hours before she left for town to work her factory job. An ancient, slightly rusted and brown stained percolator turned off, the remaining black mud-like drink hours gone cold. He fills a glass he finds – probably, mostly clean – from an assortment in the sink and drinks it.

Grabbing his fiddle he walks to porch, the sunlight sets the dying summer grasses and weeds and trees ablaze.

Lighting another Lucky Strike and holding it in his teeth he brings the fiddle to his chin.

He plays a Celtic, bluegrass ode to the warm sun and the blue sky.

Down the dirt road comes the sound of a banjo, from another porch, another’s morning rising to life in these hills.

As the notes lilt from his bow on strings his existence changes. The tune of fiddle and the banjo fuse into melody.

Transformed again to a young man full of wonder and thirst and hunger for great things, he plays on.